We are Jacques Poot (left) and Hans Rutten (right)

Jacques Poot (1953) is an architect, qualified restaurant cook, viticulturist and gastronome. He has led a catering company where craftsmanship and personal attention came first. Since 2006, Jacques was following artcourses in Amsterdam.

Hans Rutten (1952) was trained as tourist manager at the School of Tourism and Transport in Breda in The Netherlands. As a television producer and director he has produced many informative television series and live shows about architecture, cultural history, medical care and tourism for public broadcasters in The Netherlands, Germany and the USA. Hans worked until recently as advisor for the Dutch government and members of the Royal Dutch Family.

Besides the 'bed and breakfast' we run also philosophy courses and hiking weeks under the name 'Academie op Kreta'. In Dutch. Interested? Go to the website Academie op Kreta.

Our life unfolded in a way that invited to reflect on the motives and the meaning of things around us. We decided in 2008 to share this with others. That ment we had to to stop the things we were doing in the Netherlands. In 2012 we started in a rented hall in Kritsa with a philosophy course with the Dutch professor Joep Dohmen. That was a great and succesful adventure and confirmed us to continue in our own building. We built Villa Dio Petres.
In 2016/2017 we were able to add four rooms. 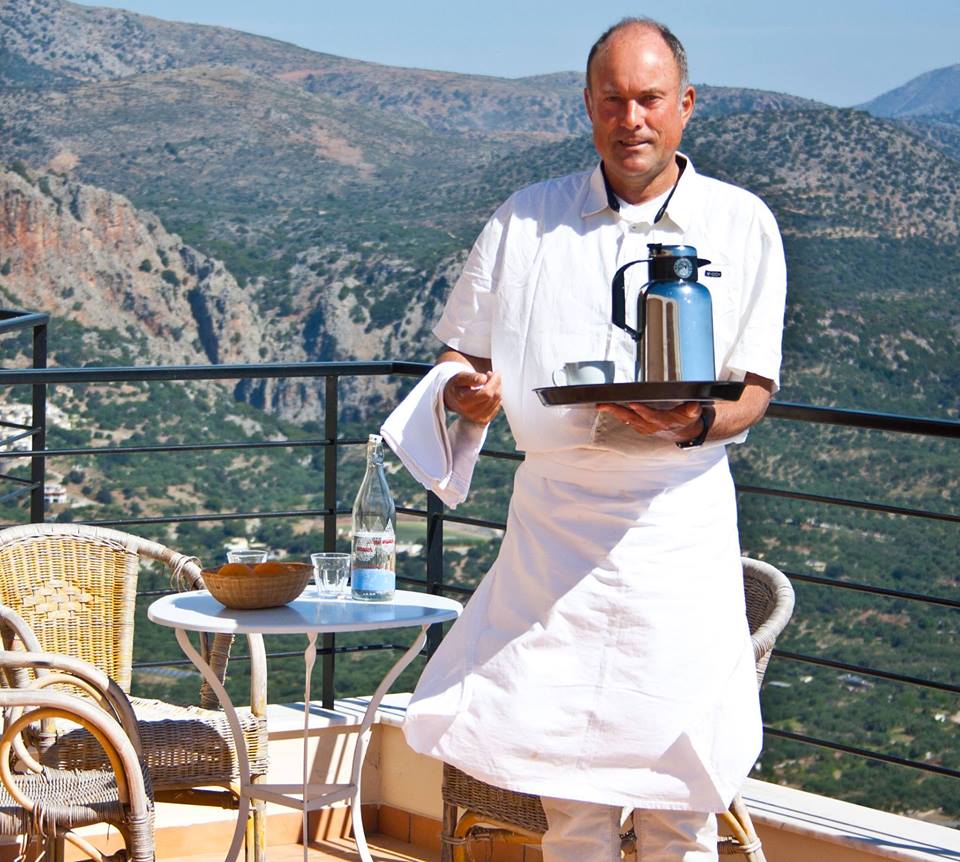